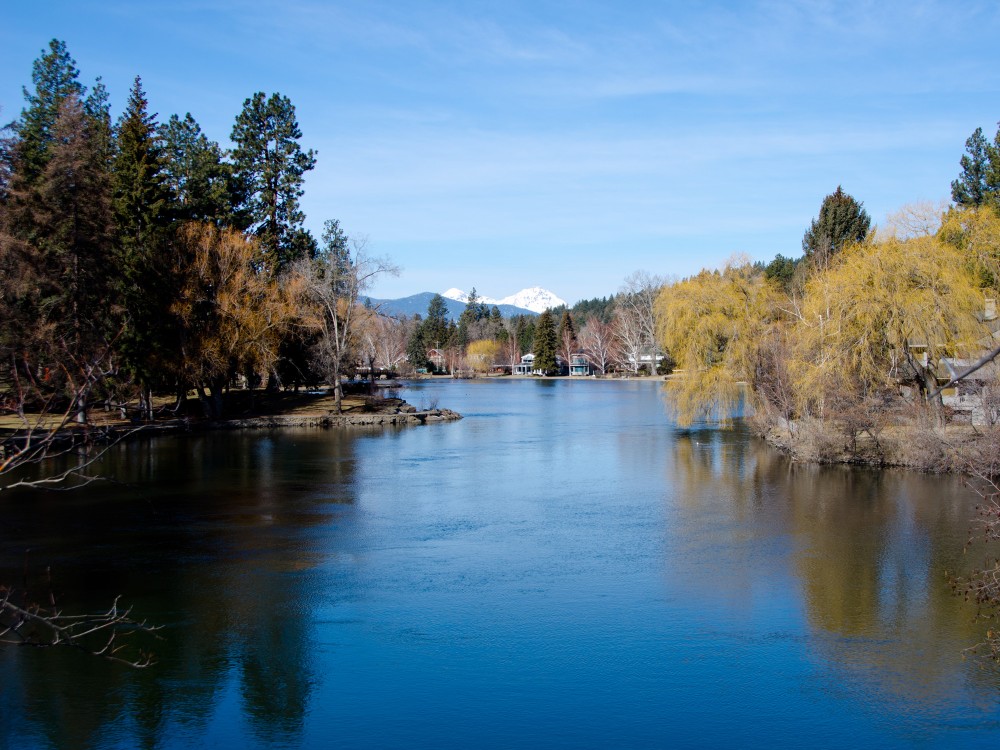 While a state wildlife official has said removing the dam that creates Mirror Pond would be a permanent solution to sediment buildup in Bend’s signature body of water, members of a board trying to determine what to do about the clogged pond say that’s not going to happen.

State and federal wildlife managers, as well as state land, water and environmental officials, met with the Mirror Pond Management Board earlier this month. At the meeting, Mike Harrington, assistant district fish biologist for the Oregon Department of Fish and Wildlife in Bend, told the board that fish would benefit from reopening the stretch of the Deschutes River known as Mirror Pond.

“I think that would be the best option for everyone,” he said in a telephone interview after the meeting. “You won’t have to dredge the pond on a periodic basis.”

Those involved in the project want to keep Mirror Pond, though, said Don Horton, executive director of the Bend Park & Recreation District.

Finding support for the removal of the dam and the demise of Mirror Pond would be a major challenge, said Bend City Manager Eric King.

“I think Mirror Pond is an iconic symbol of Bend,” he said.

Since summer 2009, the management board — which includes leaders from the city of Bend, the Park & Recreation District, Pacific Power, neighborhood associations and watershed restoration groups — has been meeting about how to address the sediment situation in the pond. There is also a separate Mirror Pond Steering Committee, started in November 2010, which is tasked with developing and implementing a long-term plan for dealing with the silt in the pond. The board advises the committee, which has members from many of the same groups.

Pacific Power and Light, which is now Pacific Power, built a small power dam in downtown Bend in 1910 and created Mirror Pond. Silt regularly collects in the pond, creating mud flats that degrade the water quality in the river. Dredging has been the solution in the past. The last time the pond was dredged, in 1984, it cost $312,000. A 2009 study estimated that dredging would now cost between $2 million and $5 million.

“That’s the crux of the Mirror Pond issue,” said Ryan Houston, executive director of the Upper Deschutes Watershed Council. Houston is on the management board. “It’s not very clear whose responsibility it is to fix it and what the fix is.”

Before his nonprofit group supports any plans for the pond, be it dredging or dam removal, there needs to be an understanding of the costs and benefits of the options, he said.

The Park & Recreation District was considering a $425,000 Mirror Pond dredging study among its project list for a November bond measure, but removed it last week.

Without the possible bond to support the study, those involved in the Mirror Pond talks are again considering putting the formation of a special taxing district on the November ballot. The district would collect taxes to fund the study.

As the discussion continues, Portland-based PacifiCorp, the parent company of Pacific Power, doesn’t have any plans to remove the dam, said Angela Jacobson, regional community manager for Pacific Power.

“PacifiCorp plans to continue to operate the Bend hydro facility as long it is the interest of our customers,” she said.

The dam helps the power company create about one megawatt of power, which produces enough electricity to supply about 500 homes, according to the company.